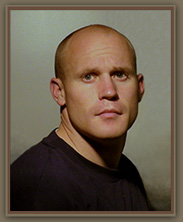 Joseph F. Brickey was born on June 11, 1973 to Wayne and Joanne Brickey and currently resides in Provo, Utah, with his wife and four children. He has spend over a decade studying art throughout the United States and Europe and is a graduate of Brigham Young University. His award winning paintings have appeared in various publications and museums; he has found success and respect in painting many subjects, but considers creating religious artwork his greatest honor as an artist, including for LDS temples throughout the world. Joseph paints in a style reminiscent of the old masters, using classical form and composition to create art filled with symbolism. He believes that "art should both measure up in the museum and capture the common heart. The greatest art is that which generates the greatest good."

More From The Artist...

I am an artist first for God's sake, then for art's sake... Such an artist must understand his craft, appreciate the history of art and be abreast with the artisitic issues of the day. But I will not bow to current trends and fashions of the art world at the expense of the rest of the world. My art is not just for my fellow art community. My art is for my fellow man. It is for all... [ MORE ]

Being the fourth of twelve children, I was raised in a home of somewhat modest circumstance. Through we didn't have many of the toys and playthings my friends had, my older brother, John, showed me we had something infinitely better. We could have any conceivable toy or character you could possibly want to play with by simply drawing it on a piece of paper... [ MORE ]

Art, by nature, is expressive. It is a vehicle of articulation, a bridge between the artist and his audience. Just as a bridge is defined by the land it connects, so also, the nature of art is defined by the nature of both the artist and his audience. In other words, a philosophy of art flows from a philosophy of humanity... [ MORE ] 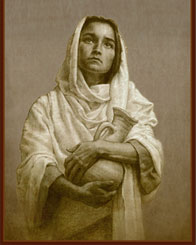